Commissioned by the MMAG Foundation in Amman, Jordan, Scalp was developed in conjunction with the exhibition ‘Primacy of Plot - Sager Al-Qatil’ with a group of diverse and non-professional performers from the local community. Framed partly as a workshop, partly as the making of an artwork, the project had a highly social character. The choreography is developed through a series of movement exercises translating the body expression of the bald figures in Sager Al-Qatil’s paintings into movement sequences, whilst engaging in discussions around gender identity focused on the impact of hair in regards to cultural and social readings of the body. The project resulted in a public presentation of the site-specific performance, taking place at the Temple of Hercules - a citadel overlooking the city of Amman, with remnants of body parts of a 12-meter tall marble statue of Hercules fallen into pieces. Scalp is honing in on how hair is utilized as an indicator of class, gender, race, religion, and sexuality and how simple modifications of one’s hair such a style, length, and display/non-display changes the reading of an individual. With the intention of queering the body expression of the performers, they were all dressed in bald caps and oversized, skin-colored costumes obscuring the contours of their bodies. This left them with a collective expression of being simultaneously familiar and estranged from their surroundings. As a choreographic take on the conceptual framework of the project, the movement material in the performance is largely dealing with the interplay between the performers acting as a mass or swarm and the performers breaking out into individual choreographies distinguishing them from their apparent connection to each other as a group. 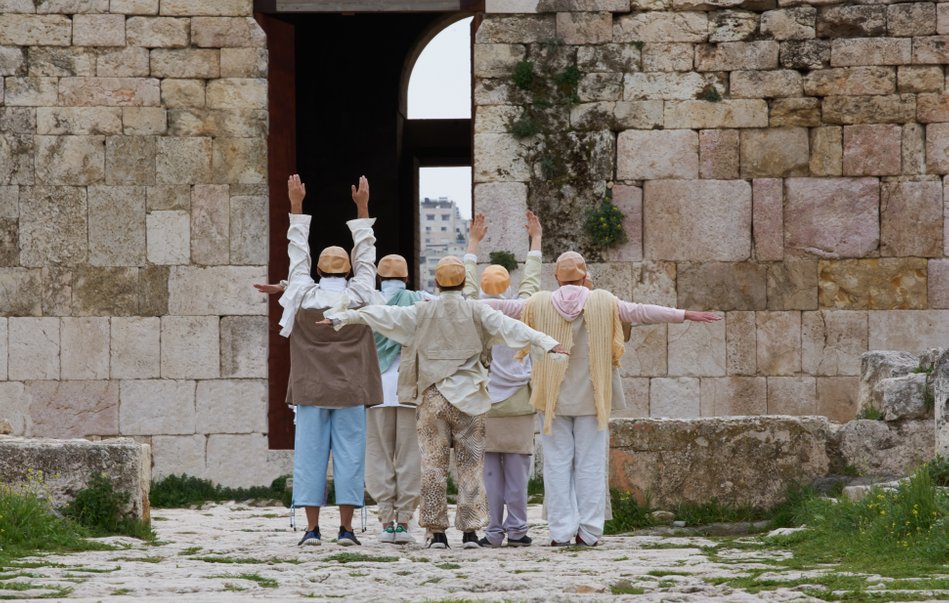 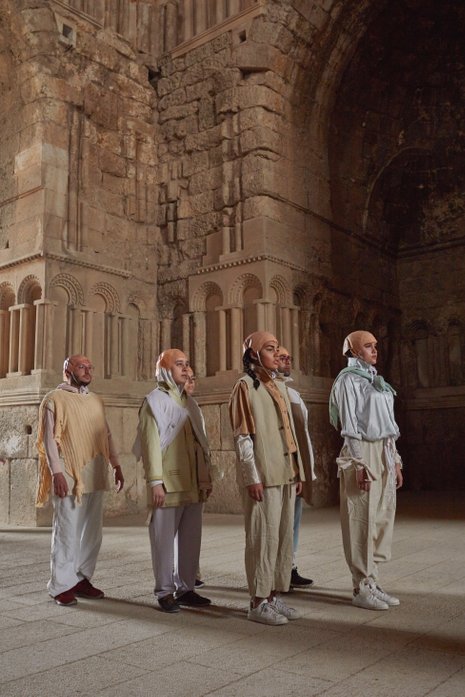 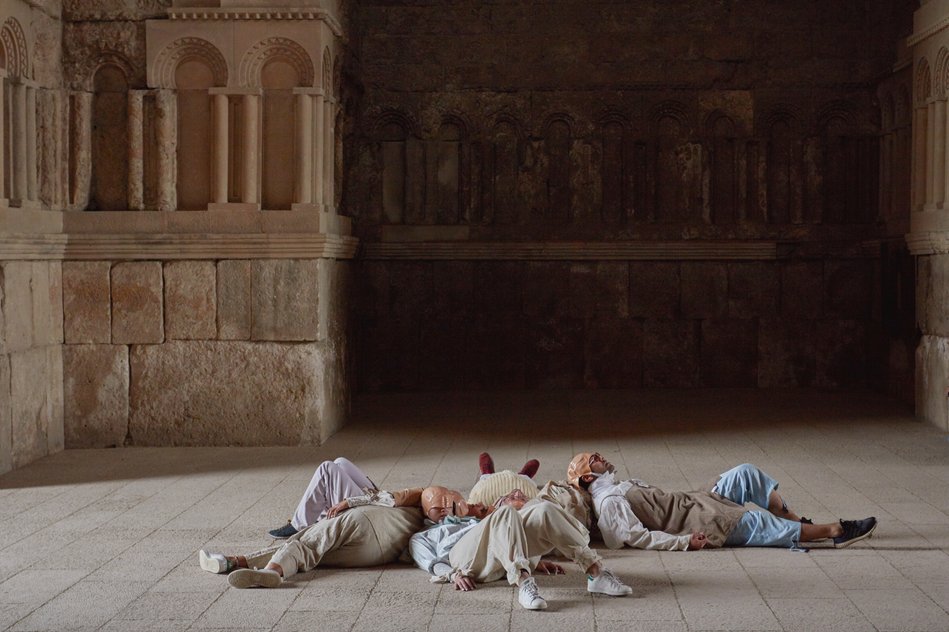 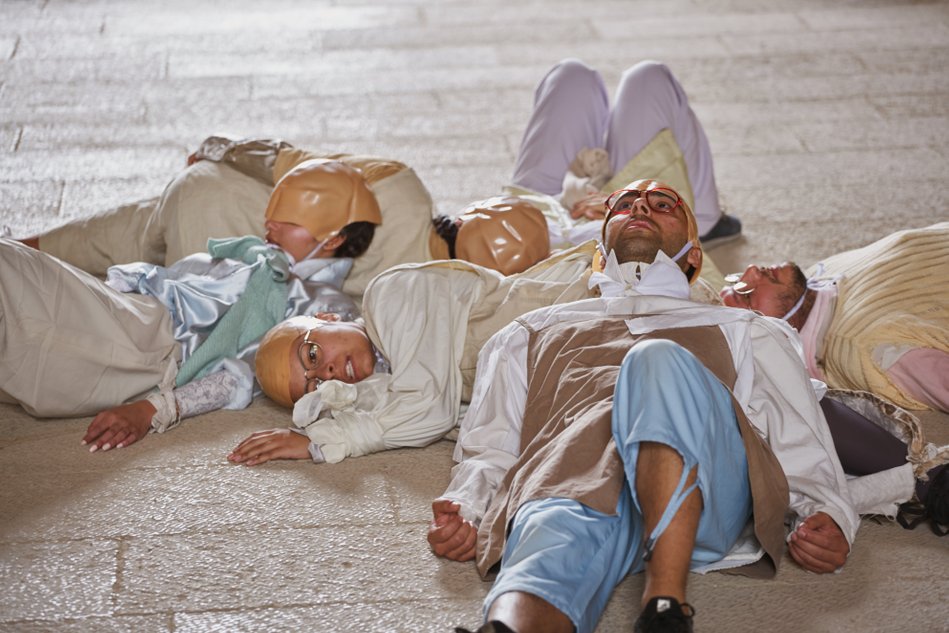 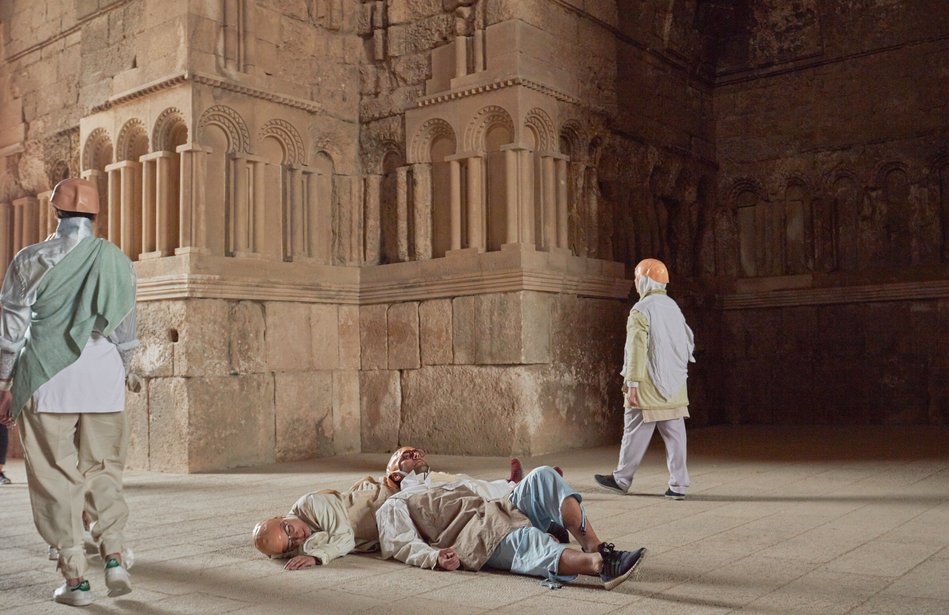 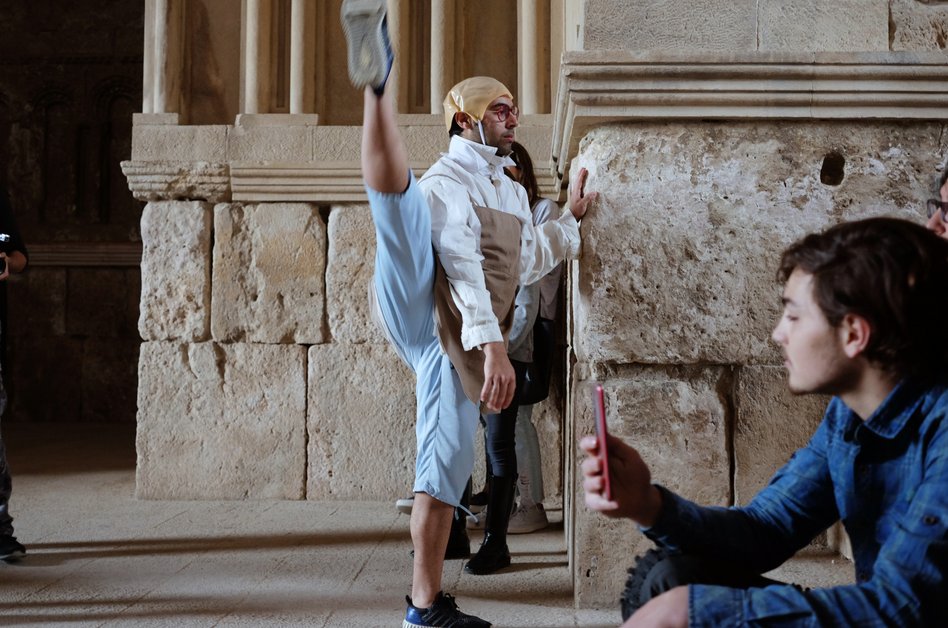 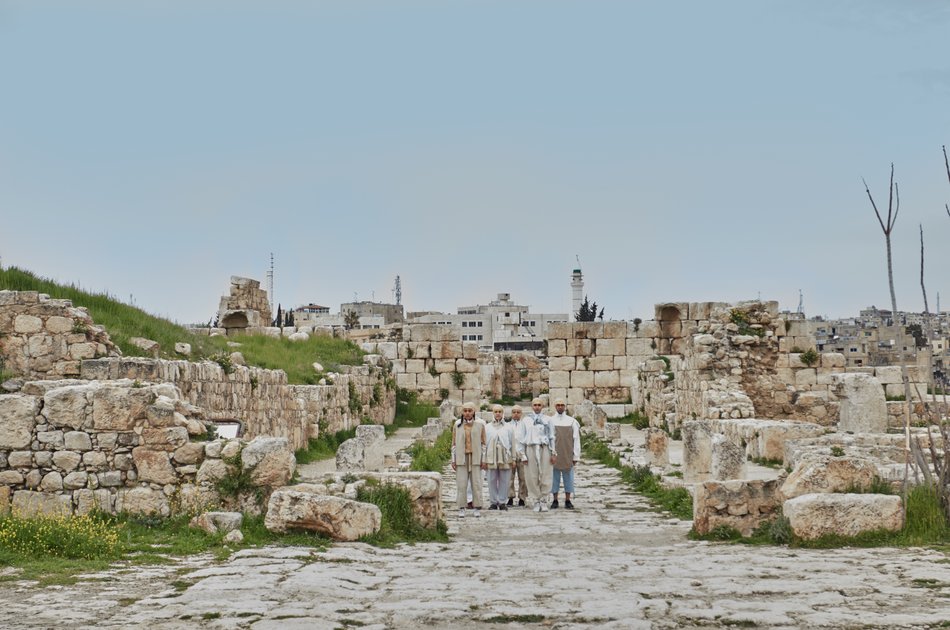 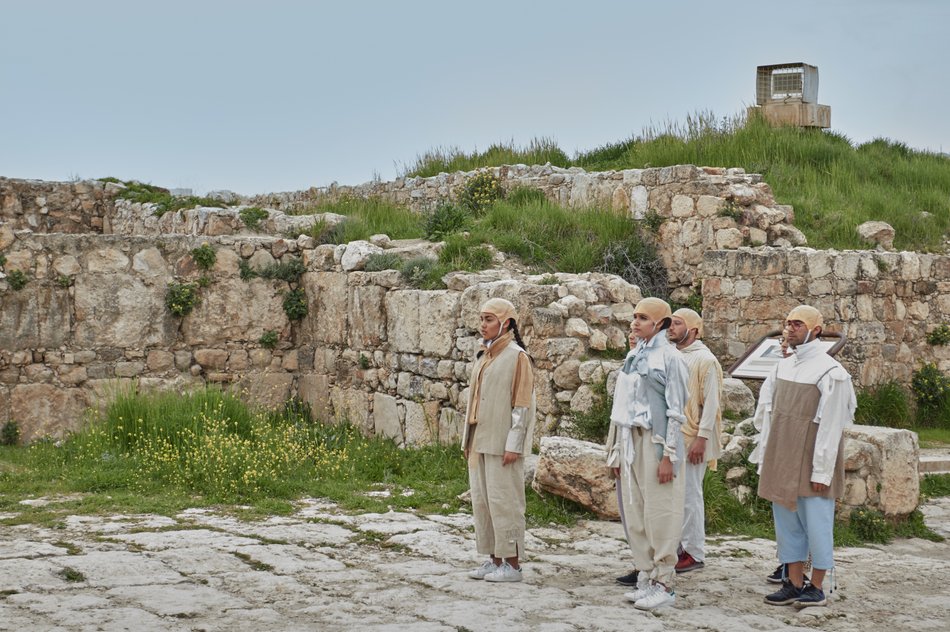 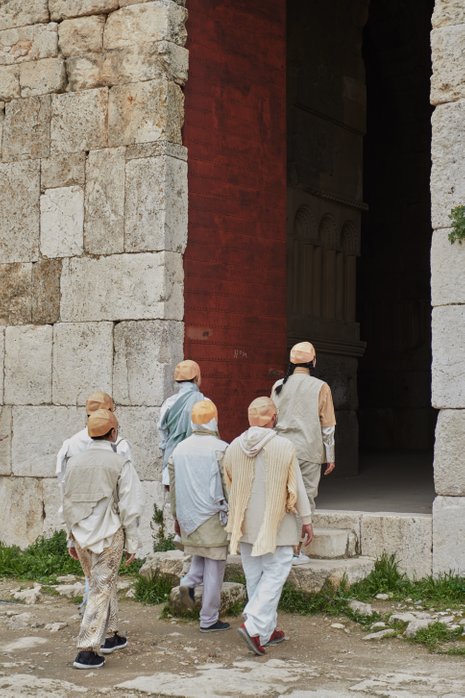 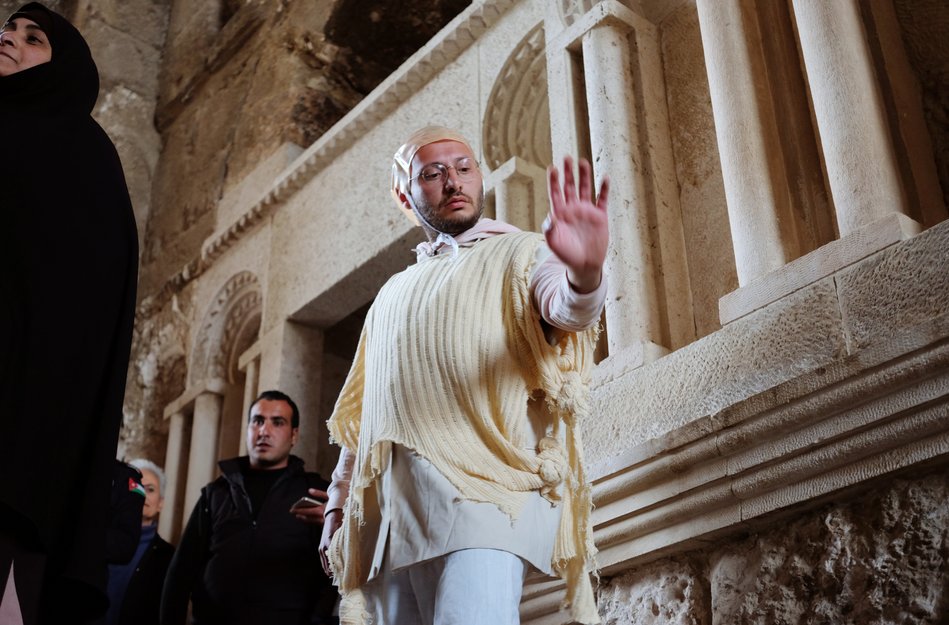