Hookup is a hanging sculpture intended to provide aesthetic healing. The sculpture is a mobile, holding several elements in balance due to their weight. The transference of objects into weight can be read as similar to the medicalization of the body into a series of material facts, like organs and flesh weighed out at a butcher’s counter. The piece is full of conflicts – it’s mobile, but nearly everything is fixed or caged in. It is wounding and healing, coded and sexual but in the end, governed by something as impersonal as gravity. The inclusion of an inflated buoy speaks to a feeling of swelling and pressure or the expression of an internal ill. Placed next to a glass dildo and leather strap, the work relates to the continuum of the physical experience of being in one’s body, ill or well. In confronting health issues along with sexual hookups, the work attempts to deinstitutionalise the body. Each material element of Hookup contains healing properties connected to the Sacral Chakra, the second chakra of the human body situated around the pelvic area. By nature of a mobile object, the sculpture is susceptible to influences of outer forces which easily sets the object into motion. The sculpture itself is therefore inherently active in seeking balance - exactly like the diseased body attempting to cure itself. Following a similar logic, each material and color scheme of the sculpture is chosen in order to (re)balance the Sacral Chakra, extending from the rocking motion of the sculpture similar to the calming effect of water to the subtle sensory stimulation provided by the fragrant vetiver oil infused in the leather strap. 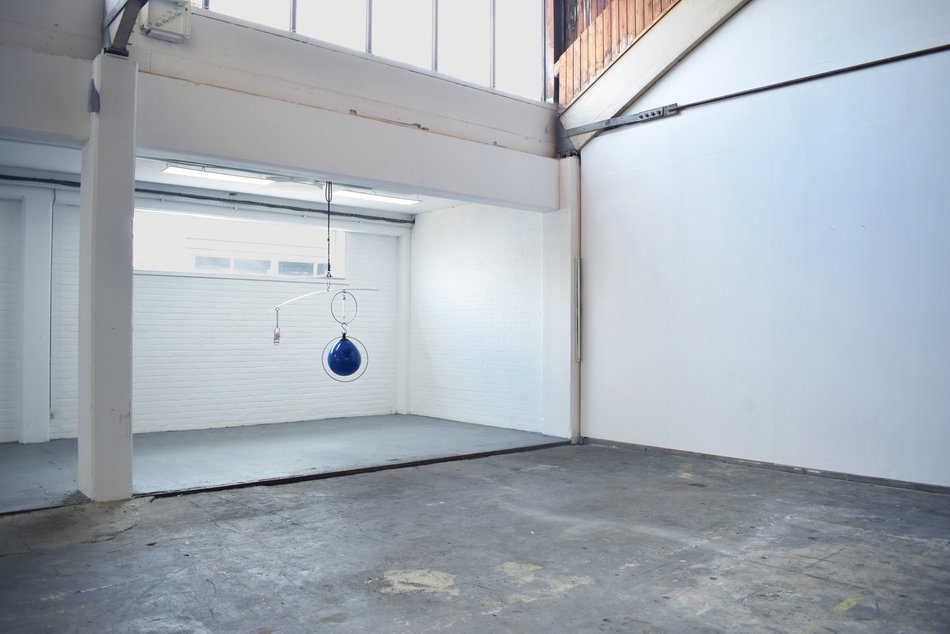 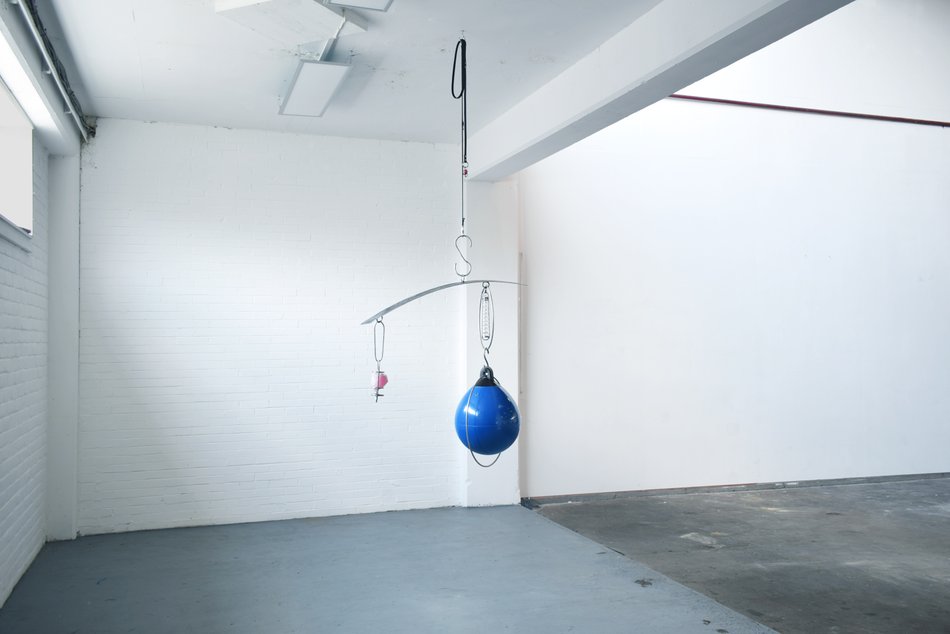 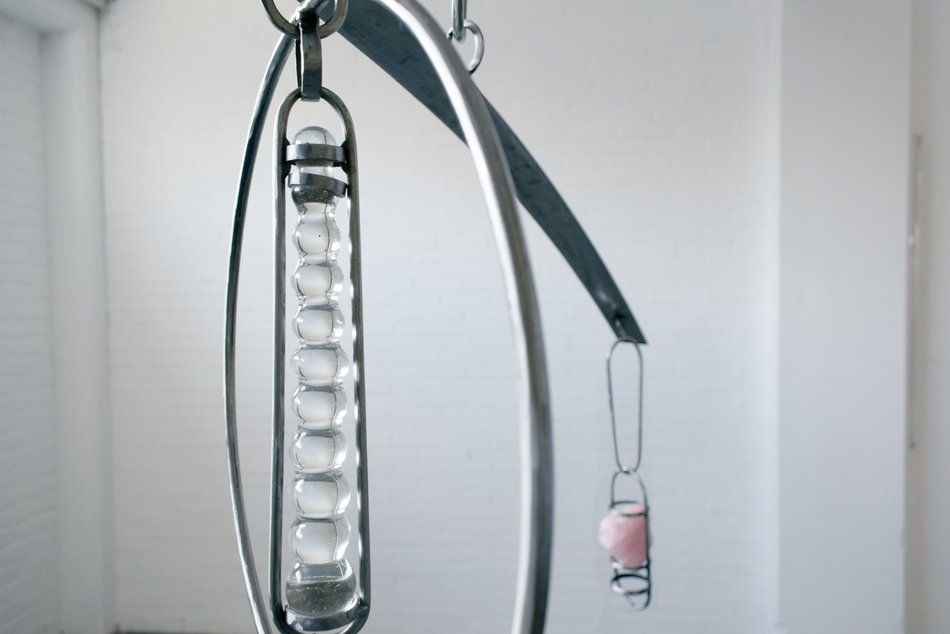 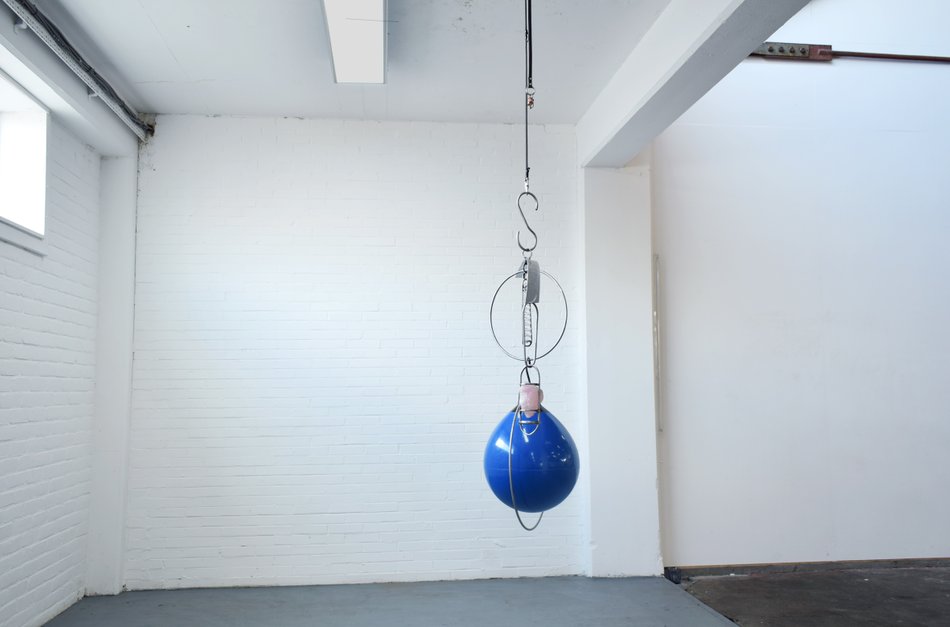 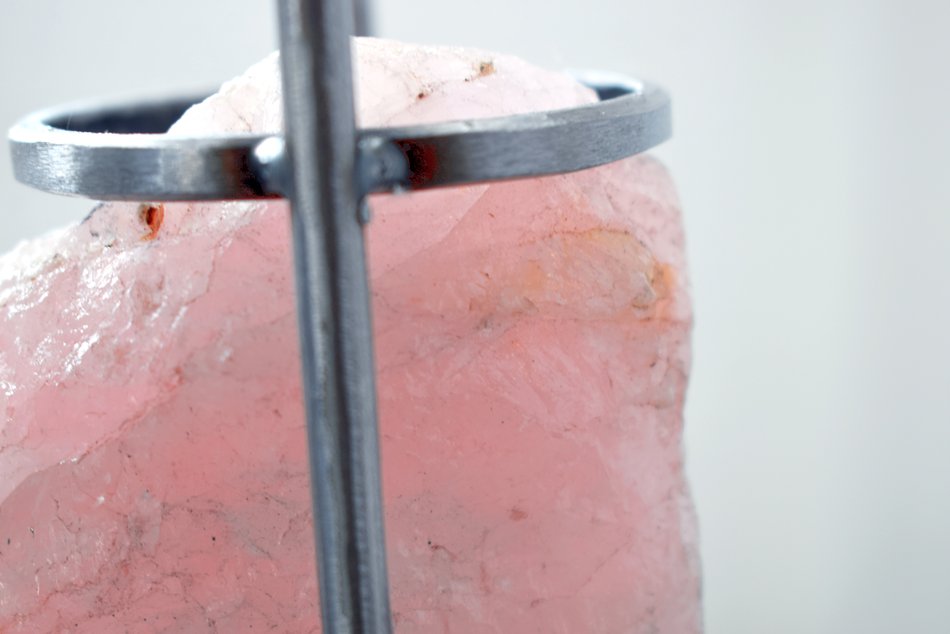 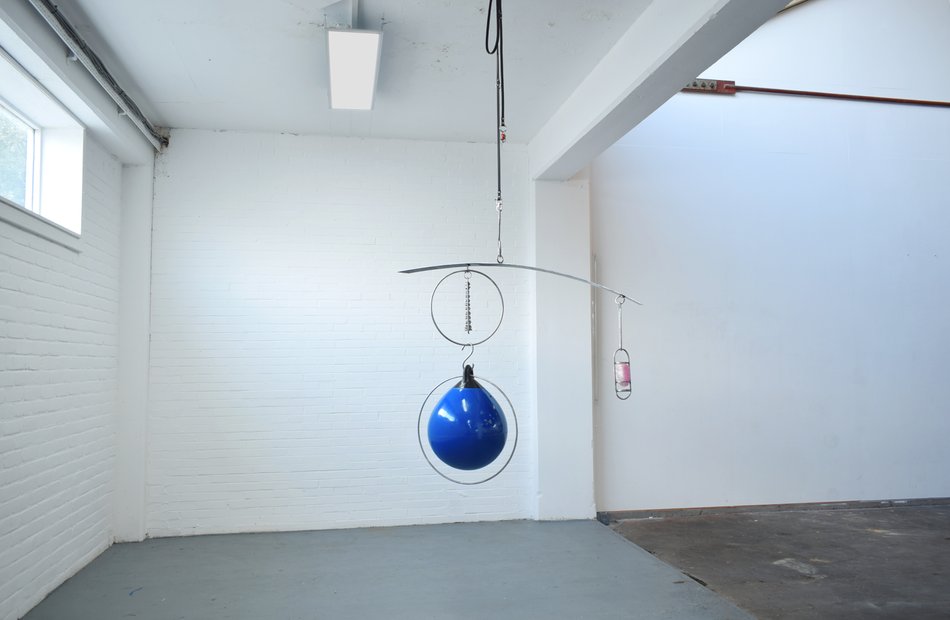 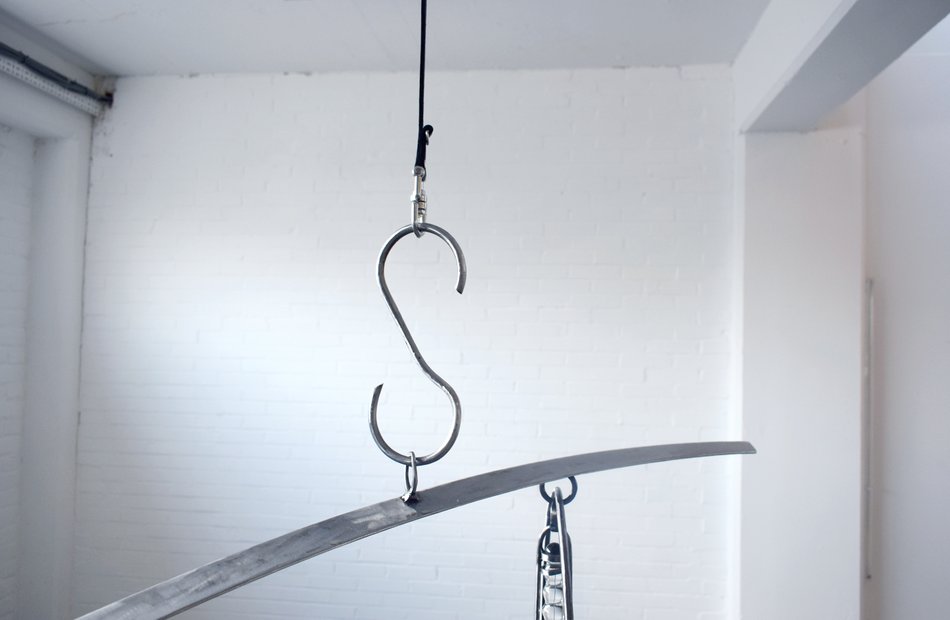 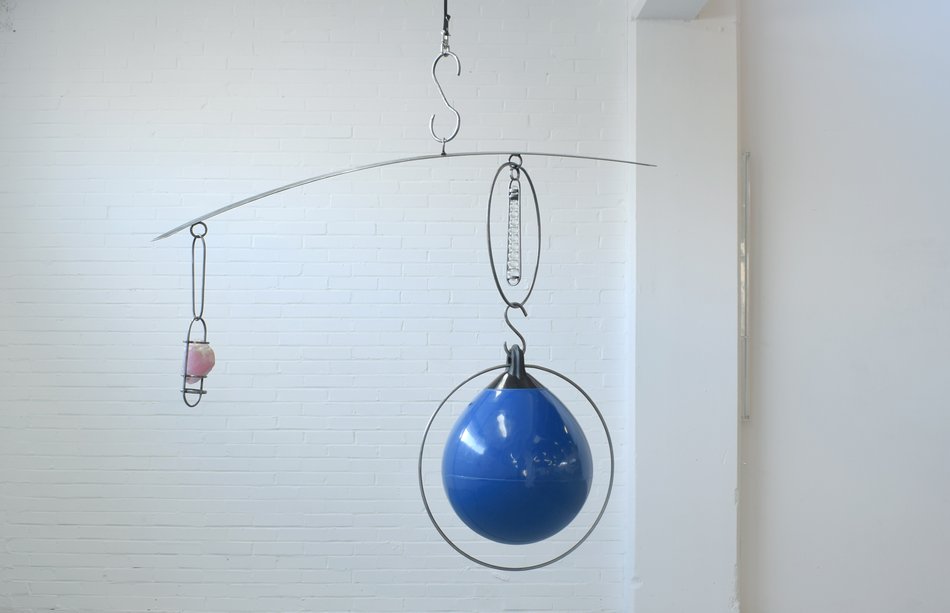 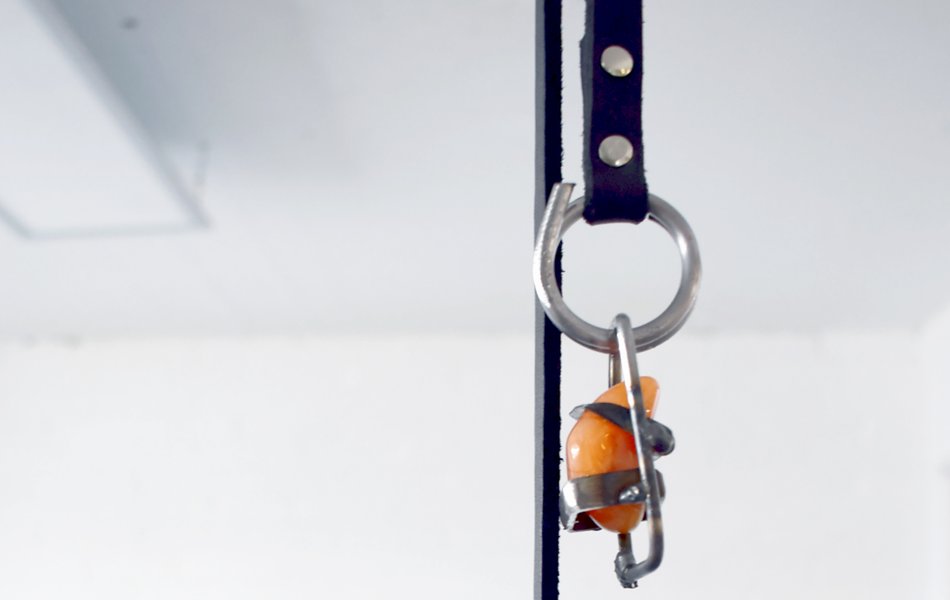 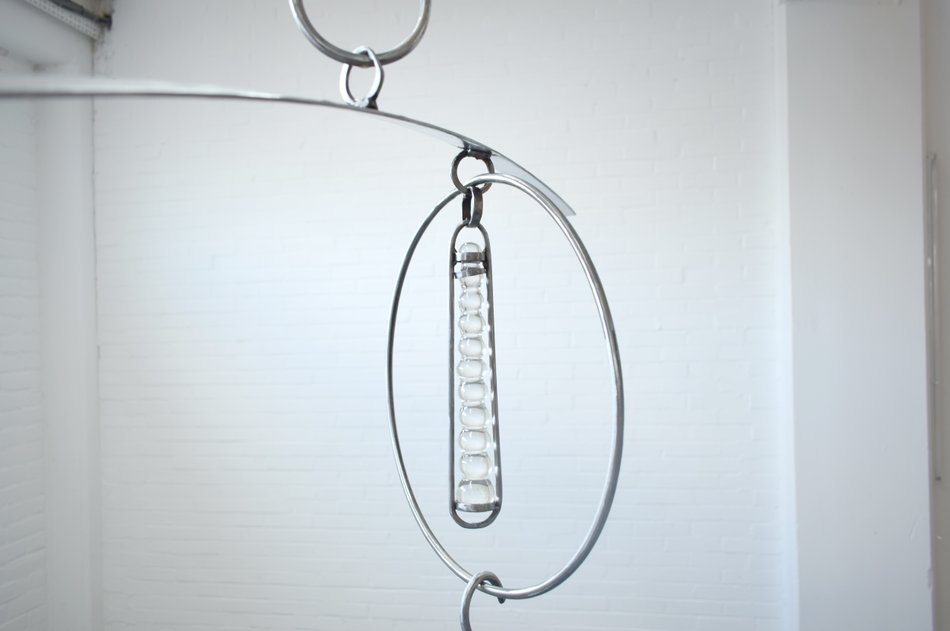 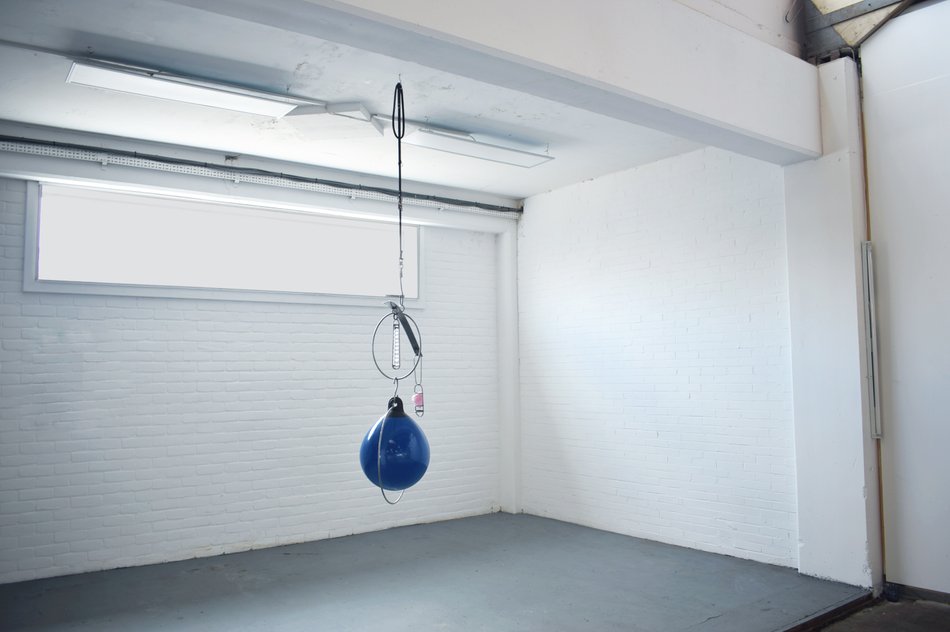